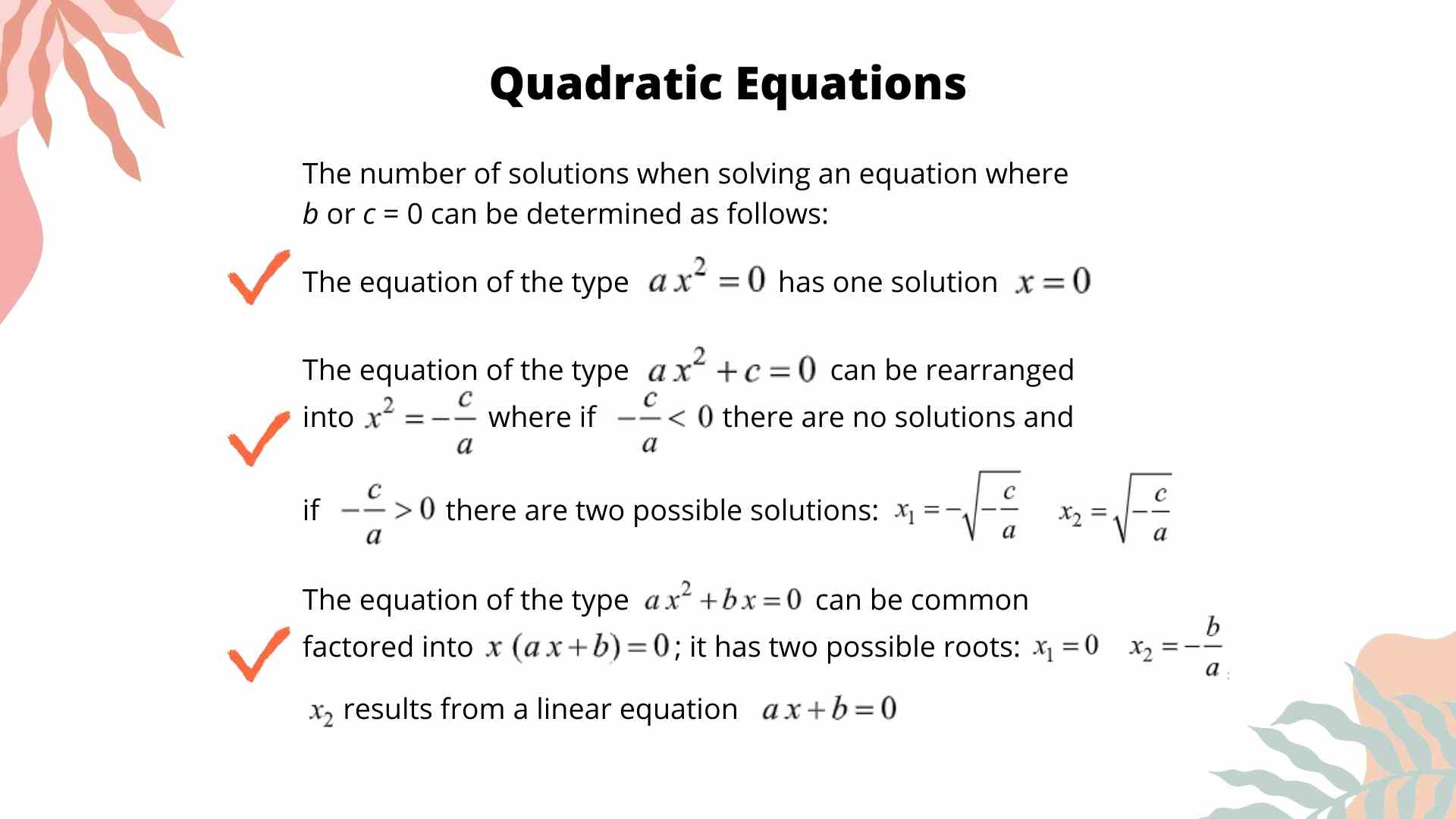 In order to determine the solutions (roots or x-intercepts of the parabola) of the quadratic equation and when the equation is given in a standard form, we can either try to factor the equation or use the Quadratic Formula.

The method of solving quadratic equations by factoring depends whether the standard form equation is given as a simple or as a complex trinomial and whether the factors could be easily identified.

However, if a is not 0 or 1, then the equation could be solved by factoring using the decomposition method (watch the video lesson to see how).

Sometimes factors are not very “nice” numbers. In such cases it is difficult to factor and the Quadratic Formula should be used instead.

Before setting up the Quadratic Formula it is always a good idea to check whether the equation is at all solvable. To check how many possible solutions the quadratic equation has we use the Discriminant.

Once the quadratic equation has been solved, the solutions can be used to graph the quadratic function or a statement based on the real life problem could be made. For example, if we are talking about a kicked ball, then the x-intercepts represent the time when the ball touches the ground as it was kicked and when it landed.

Simplifying expressions with exponents is an impor...

Right triangle trigonometry is a branch of mathema...