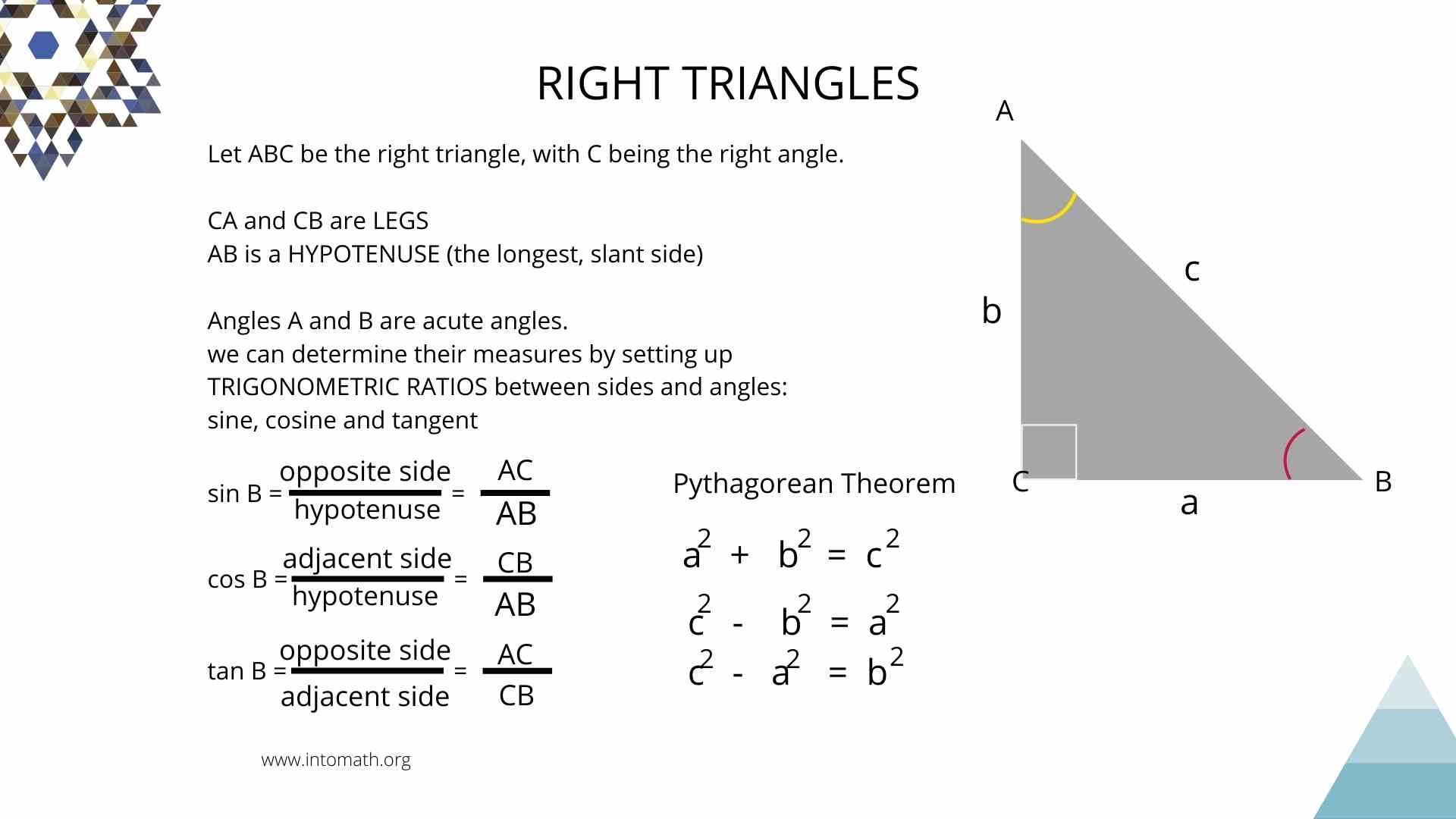 Right triangle trigonometry is a branch of mathematics that deals with angles and sides in a right triangle.

The side relationships in a right triangle are based on the Pythagorean Theorem. If the triangle is right, then the following will be true for the three sides of the triangle:

When the lengths of any two sides are known, the third side can always be found using the Pythagorean Theorem.

Trigonometric ratios are ratios between any two sides of a right triangle that can then be used to determine the measure of an angle between those two sides. 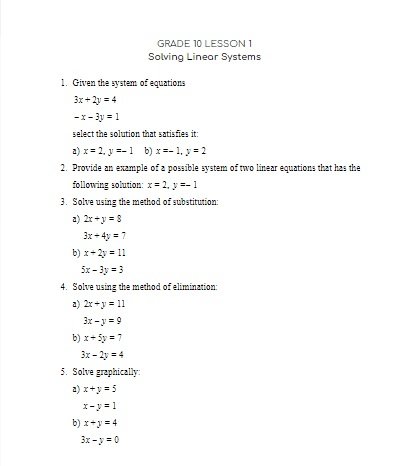 In this lesson we are discussing how to use these ratios to find angles and side lengths in right triangles.

Right triangle trigonometry is widely used on engineering and construction. For example, when homes are designed and built, it is crucial that architects and builders accurately determine and construct the angles of the roof. There are tools for that, however, it is always good to understand the concept and be able to double check.