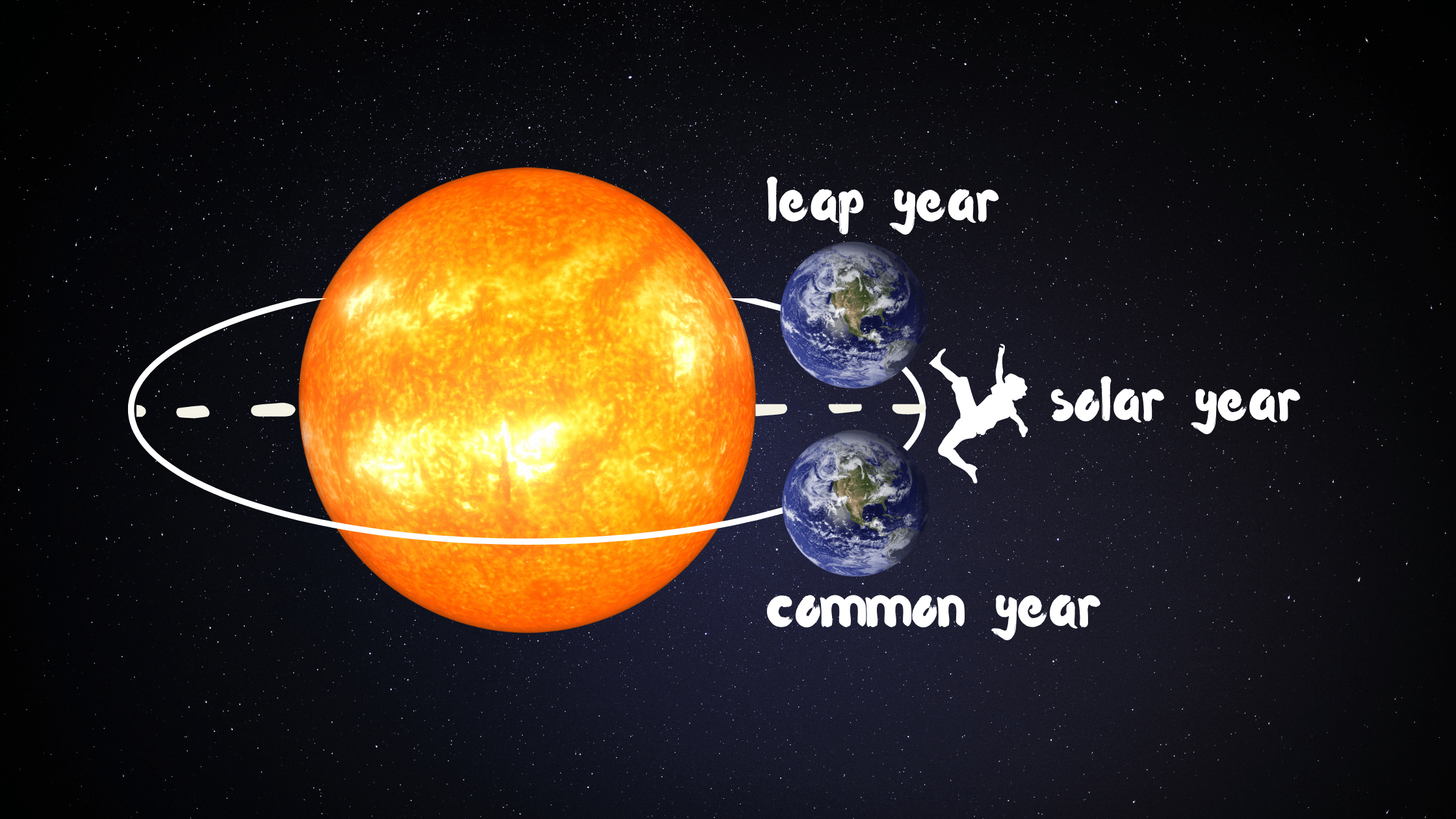 A Leap Year is a year that has 29 days in February instead of 28. Every year divisible by 4 is a leap year. So, why is there a leap year? Continue reading to find out and learn how it has been calculated.

A regular (common) year has 365 days. A leap year has 366 days. The extra day is “accumulated” overtime and added to the calendar year to keep it in line with the astronomical year.

Julius Caesar introduced the first leap year around 46 B.C. The Julian calendar had 365.25 days in a year, which was not accurate enough and days were shifting too much compared to the solar year.

The calendar that is used in most of the world today is the Gregorian calendar. It was introduced in 1582 by Pope Gregory XIII and has shortened the year (previously in a Julian calendar) by 0.0075 days to make the calculations more accurate in relation to the rotation of the Earth around the Sun and around its own axis. When the first leap years were implemented, instead of adding February 29, the day of February 24 was doubled every 4 years. Even with the introduction of the adjustment and leap years, each subsequent Gregorian calendar year is still off by 26 seconds compared to the actual solar year.

In general, the Gregorian calendar has 97 leap days every 400 years.

A Leap Year and a Continued Fraction

Examples of the concept of a continued fraction have been found throughout math discoveries over the past two thousand years.

A practical application of continued fractions was first demonstrated by the Dutch mathematician and astronomer Christiaan Huygens (1629-1695), when he attempted to build a mechanical planetarium.

However, the modern theory of continued fractions was finally presented in its fullest by Leonard Euler in his work De Fractionlous Continious (1737).

It is with the help of a continued fraction that we can now represent the number of days in a year in the most accurate way:

How about some cool math proofs?