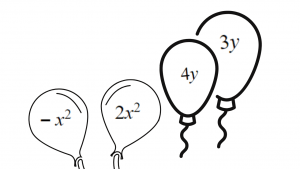 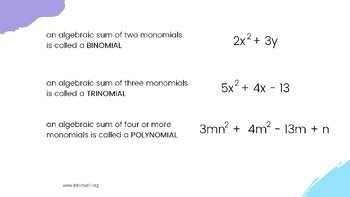 In this lesson you will learn about different types of algebraic expressions: monomials, binomials, trinomials and polynomials. You will see how two monomials could be multiplied or added/subtracted. For example 2m × 3m = 6m²  or  4m + 12m = 16m. 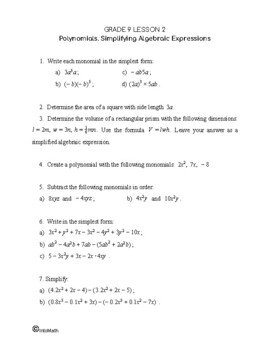 This lesson also explains how algebraic expressions with brackets can be simplified by distributing a monomial in front of the bracket by every term inside the bracket. For example, an expression 3(2s -3) could be expanded to 6s – 9.

This may be followed by collecting like terms (monomials within polynomials that only differ from each other by their coefficient) if there are more than one bracket.

Looking for other Grade 9 Math Lessons and Practice?

Video Lesson In this lesson we are discovering the...